At 3000 meters, Phobjikha valley is one of the few glacial valleys in Bhutan. It is the chosen home of the endangered black-necked cranes that migrates from the Tibetan Plateau to the valley every winter.

Pick up from Paro International Airport (2280m) and drop to hotel. If time available visit Paro town in the afternoon.

After breakfast, visit the National Museum – Ta-Dzong which was built in 1656 and served as the watch tower of Paro Dzong in the past. Visit Paro Dzong, also called the Rinchen Phug Dzong, meaning the fortress on a heap of Jewels. Paro Dzong is one of the most impressive and well-known Dzongs of Bhutan and was built in 1644. After lunch in town, proceed towards Drukgyel Dzong, 14 Km from the Paro town. Also known as the fortress of victory Drukgyel Dzong was built by Shabdrung Ngawang Namgyal in 1649 to commemorate the victory over Tibetan invaders in 1644. Check into hotel. Dinner will be served in the hotel.

After breakfast, drive for about 8 Km north of Paro town to visit Bhutan’s most well known monastery, Taktshang or Tiger’s Lair, perched on a cliff 900 meters above the valley floor. Legend has it that Guru Rinpoche, who brought Buddhism to Bhutan in the 8th century flew to a cave in Taktshang spot on a tigress and mediated for 3 months. The trek to the monastery and back takes about four hours. Lunch will be served in the cafeteria near the monastery. In the afternoon drive to Thimphu, the capital city of Bhutan that is about 60 Km away. The drive takes about an hour and half. In the evening stroll around Thimphu and interact with the Bhutanese people. Dinner will be served in the hotel.

Sightseeing in Thimphu (2320m) includes visits to: National Library which was established in 1967 and has many ancient Dzongkha and Tibetan texts); Painting School or the National Institute for Zorig Chusum (the 13 traditional arts and crafts like painting, woodcarving, embroidery and statue making; National Memorial Chorten which was built in 1974 in memory of the third King of Bhutan; Semtokha Dzong which is about 5 Km south of Thimphu. Semtokha Dzong was built in 1629 by Shabdrung Ngawang Namgyal. Today it houses the Institute for Language and Culture Studies.); Tashichhodzong the seat of the government of Bhutan. It houses the secretariat, the Throne Room, His Majesty’s secretariat, the Ministry of Home and Cultural Affairs and the Ministry of Finance. If the sight seeing falls on the weekend you can visit Thimphu’s open vegetable market where farmers from the nearby regions gather to sell their produce. Evening is set aside for shopping in town.

Cross over Dochula Pass (3140m.) and drive to Wangduephodrang Dzong (fortress). Over night halt at farmhouse.

Walking time about 6-7 hours. The trail winds up a slow climb through fields and then ascends the Tselela Pass for your lunch stop. Then it is a gradual descent for some time through forest of juniper, bamboo, magnolia and rhododendron. After the last short climb you reach Gogona village. The people of Gogona were originally nomads and they speak a language called Jobkha- (language of the nomads).

Walking time about 6-7 hours. In the morning it is a climb up a gentle slope to Shobjula (11,155 ft.) for your lunch stop. Then the path leads down to the wide valley of Khotokha, a summer place of the people of Sha (falls under District of Wangduephodrang).

A short ascent leads to Mulaila pass (9200ft.) then the path descends through ever-changing vegetation till the bridge in Wangduephodrang. Fill your water bottles, as water is scarce. Overnight stay at the guesthouse.

Punakha Dzong was built in 1637 and was the former capital of Bhutan. It lies at the confluence of the Mo Chu (female river) and the Pho Chu (male river). Punakha Dzong still serves at the winter residence as the winter residence of the Central Monk Body. Wangduephodrang is about 21 Km from Punakha and its Dzong which sits on the top the high ridge was built in 1638. The ridge provides a panoramic view of the valley. Lunch will be served in the hotel. Drive to Thimphu in the afternoon. Over night halt in Thimphu.

After breakfast we go for Thimphu sightseeing. After Lunch, drive to Paro. Over night halt in hotel.

Departure After an early breakfast, our representative will see you off at Paro international airport. 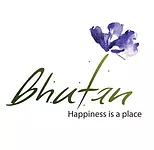